Work in progress: A Crying Child 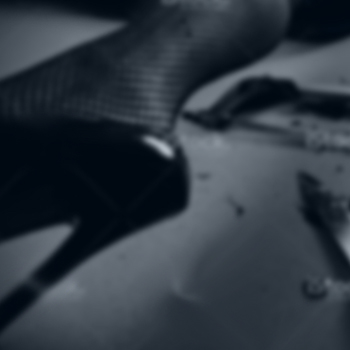 On June 9, 2014
By admincontrol
Category: Now and Then
no comment

Thoughts, unspoken, riddled his mind as a cancer. Each day the torment burrowed inwards, deep into his soul, a worm seeking salvation in the abyss, refusing to ease his misery. He knew the money would run out before much longer and they would have to move back to Baghdad. But not yet. Please, not just yet.

He leant back against the rock to let the spring sunshine quieten his brow. From this special spot, the only high piece of ground for miles, he could see the place he’d called home for the last few months nestled in a dusty hollow in the distance. Nothing more than a shack, really. Set back from a rough, parched trail, it lay next door to the flat-roofed house that was once the centre of a thriving date farm. So he’d been told.

All he could see now were a few stunted palms, some of them blasted and leaning at crazy angles as if in death throes. Stone walls crumbled to dust alongside shrivelled irrigation channels slashing the landscape like scars of irrelevant boundaries. He still wasn’t sure who his neighbours were. They came and they went. Sometimes it was in an open-backed truck, another time a smart Toyota SUV. Once, in the middle of the night, two or three noisy motorcycles that woke the baby.

He closed his eyes, shaking off the anguish and trying to concentrate on the only things that mattered to him; his darling wife, Amira, and their son Malik. He’d left them down there, ignoring his wife’s questions of their future, saying he needed a run, time to think. Malik was ten months old and beginning to walk. ‘You must watch him constantly,’ Amira cautioned whenever she left them alone, usually to visit the nearby village where she would barter the khubuz flat bread she made on an old clay oven for vegetables, olives and, occasionally, river carp. ‘You need eyes in the back of your head.’

Amira need not have worried. For he delighted in his son’s company; rolling about on the outspread blanket, holding him aloft, tickling and caressing so that Malik’s chuckling would start him laughing, too. Then he would lie on his back, Malik crawling over him, slobbering and kissing, the warm baby-skin smell assailing his senses, quelling his fears. He marvelled at the tiny fingers and the chubby little legs, the deep brown eyes that seemed bottomless.
Sometimes, when Malik had his afternoon sleep, he and Amira would make love, clinging to each other in the narrow bed, lost in their passion, her long dark hair flowing wild over her slender shoulders. Then, he could forget about Baghdad, what he’d do there, vowing to never again set foot in the place they called the slaughterhouse – the city morgue where he’d worked. But would there ever be a real job for him back in that foreboding city? Would a university education and a master’s degree in structural engineering from New York, count for anything with the Americans? It hadn’t so far. He must have dozed for a few minutes because he was suddenly aware of a baby’s crying. Malik? Impossible from here. The noise came louder, high-pitched, alarming.

Then he looked up and saw it: zeenanas – the whining child.

The drone was a Predator carrying two Hellfire missiles. It hovered like a mosquito, its fuselage flashing chinks of silver, brilliant against the blue sky. He stood, transfixed, barely able to comprehend. A drone? Here? Taking a step forward, he raised a hand to shield his eyes. Suddenly, a bright orange flash obliterated the sun, quickly followed by another. The explosions, when they landed on target, seemed as if in slow motion. But, in the blink of an eye, the farmhouse was destroyed. So, too, the little shack nearby.

And in that instant, Abu Khamsin witnessed his reason for living annihilated.