On August 12, 2014
By admincontrol
Category: Media and Reviews
no comment

‘A wonderful subversive thriller that gets the reader to confront hard truths about the American misadventure in Iraq and the power of its propaganda.’ Julian Assange (who read An Enemy Within during his asylum in the Ecuadorian Embassy).

‘Gritty and fiercely observed. With a style evoking the setting and soul of Iraq, a fast-paced narrative and well-rounded characters, this is a riveting first novel.’ Yattar Yattar Magazine.

‘I love books that challenge my thinking and I love books that move along at a pace. An Enemy Within did both. The author has managed to convey the realities of war without resorting to gruesome details, yet not sparing the reader from confronting the horrors (especially psychological). I also love books that are well written and Roy David’s use of language and vocabulary are a cut above what you normally expect from a ‘thriller.’ Make no mistake, a ‘thriller’ this certainly is. My final commendation is that I increasingly ‘saw’ the book as if I was watching a movie and it wouldn’t surprise me if one day that happens.’ Paul Boniface.

‘A great read which has been thoroughly researched.’ Daily Post. ‘This is really, really good. Pacey, great plot, well written and the characters are subtly and finely drawn.’ Michael Unger, author.

‘A superb novel…which brings me to a cracking passage in chapter two: “As he neared the mess, he could see a newly-arrived detachment being put through its paces before it got too hot. He glanced their way. Kids most of them. Blameless so far. Clean hands. Would they soon have blood on them? Like him?” There is an edginess here that catches how someone would feel in McDermott’s shoes.’ Frederick Meachin, The Sun.

‘I was enthralled – just couldn’t put it down.’ Charlie Rose, ex-US marine 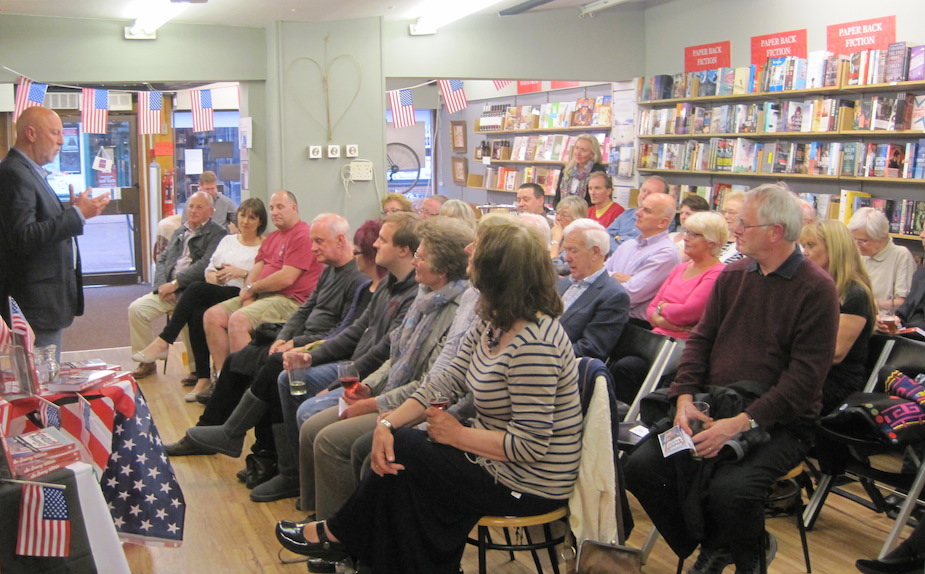