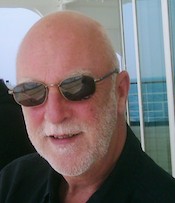 Born in Walton Village, Liverpool, just after the war when rationing was still in force, I remember as a lad being quite an avid reader, trekking a couple of miles to the library for a Famous Five or a Secret Seven, engrossed for hours at the adventures within their pages. On a few years and the horizons broadened to authors like Nicholas Monsarrat, a fellow Scouser, famous for The Cruel Sea, then the supernatural wizardry of Dennis Wheatley and a dabble in the macabre with Edgar Allan Poe. 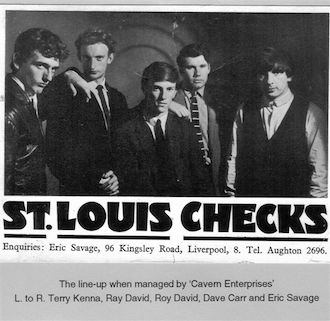 I left school at the age of 16 doing cartwheels of joy down the streets of Anfield, near the famous Liverpool Football Club stadium, clutching a solitary GCE O level – in English Language (you needed five O levels to basically get a half-decent job in those days – now, of course, you get a degree and you’re still unemployed). I became interested in music and bought a set of drums, the private sale being clinched when the seller told me all the girls went for the drummer. But, by the time you’d packed everything away – the drums, the cymbals, all the stands and the caseful of accessories, you wished you’d taken up the harmonica – the girls had disappeared.

Although the band were under the management of the world-famous Cavern Club, where we played with many of the star names of the day, it became apparent after a couple of years that we weren’t going to be the next ‘big thing,’ and my enthusiasm began to wane. While deciding where my one GCE O level was going to take me, I worked on a farm, also as a window cleaner, a painter, even in a factory that made valves for the oil industry. Then I got a lucky break and, at the age of 19, got into journalism through the side door as a trainee with a press agency. Thrown in at the deep end, I obviously grasped what was required pretty quickly for, after only 12 months in the job I was working shifts as a news reporter for two of the big daily newspapers.

Being inquisitive has served me well and I’ve managed to travel to many places around the world because of it. Three of my non-fiction books were of an investigative nature and this, my first novel, has also required a great deal of research. It is an adventure story set against a factual background. I have used research techniques similar to those in journalism as did the author Frederick Forsyth whose ground-breaking novel of 1971, The Day of the Jackal, made a great impression on me. I hope you will enjoy it.